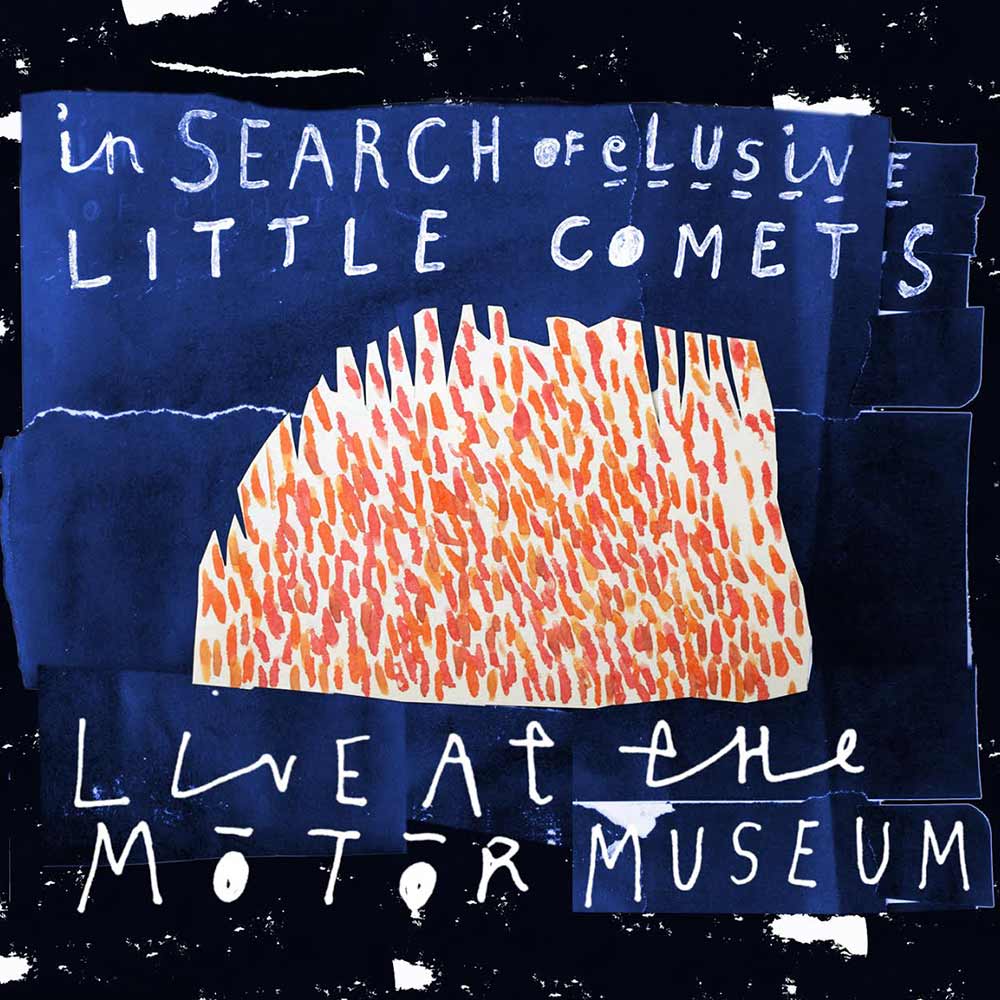 So…. we’ve actually been trying to get you all a vinyl of In Search of…. for a long long time, but unfortunately despite several emails and phone calls to our label of the time (Dirty Hit), nothing was ever sorted. They own the copyright of the recording…. long story short – if they don’t press copies we can’t get them made.

In true Little Comets style we decided that why not just do it ourselves, so after pulling the old recording contract out of the filing cabinet (emails) I noticed that after 7 years of the release date we were allowed to re-record the album ourselves…. hahaha… somehow I persuaded Matt and Mickey that this was a good idea. I suppose it is the equivalent of getting to a mountain and instead of digging a tunnel through it for about 10 metres, we should instead build a road around the mountain….

With this in mind we managed to finally find space in the diary and booked a studio Mickey liked the look of (The Motor Museum in Liverpool) for a week to attempt the monumental task of recording an album which took 2 years and LOT OF STRESS to make (think running battles with labels about who should produce it, micing up the van so the door closing sounded good for the start of Isles, working on Isles for months before randomly coming up with keyboard part that knitted it together, stressing over the lyrics, going on strike in the studio because Columbia wouldn’t return our calls, getting fat on croissants da da da, and other moments that will be in the autobiography [working title: Being in a Shit Band])… in five days… live…. yeah…

We had the attitude of being pure unemotional about it – get in, set up, put down the parts and mix it quick – easy… we’d revised our playing from the initial recordings so we all knew what we were doing, it shouldn’t be too hard we thought… but what a can of emotional worms we ended up opening, and what was supposed to be a project to complete a diversion around an obdurate record label’s reluctance to countenance a vinyl pressing, turned into us reliving and rekindling some (mainly) happy and amazing memories, and reconnecting with songs that we’d really forgotten the stories of.

With the help of Loic (the in house engineer and absolutely top person) we quickly got set up – Mickey being a living metronome had all of the settings written down from the original records and having researched the equipment in the studio, knew exactly how to get close enough to the sound of the originals.. however, at the same time the “live” nature of both the sound and the playing was important – we wanted to make it special and different enough from the (sometimes) clinical nature of the studio album… and (hopefully) we managed to achieve that…

The instrumental tracks actually came together pretty quickly – we grouped the songs into those that were sonically similar (Mathilda, Dancing Song, Joanna, October, Adultery and Lost Time for example) and tried to limit ourselves to 8 takes on each – stopping when we felt like we had 2/3 really good run throughs on each song… then came the emotional bit for me….

Doing the vocals was fine, by and large – as I had to really concentrate to hit some of the notes (my voice has changed so much from the yelping-trying-too-hard-to-be-different sound of the first album) but comping the takes (picking the best lines), really hit me hard – songs like Her Black Eyes took me back to the midnight vocal take outside in a French courtyard, mixed with thoughts about how the last 10 years have been…. we’ve changed so much as people = we’re all dads living in houses haha for one… but just how much our priorities and hopes have moved on, mixing with twinges of what if – we had so many running battles with Columbia over strategy and ideas, I can’t help but thinking how different things would have been for the band – but then the upshot is that we wouldn’t be here today writing this, with our beautiful families and (by and large) happy lives… plus, they’d have never let us release A Little Opus, which is something to be fair to Dirty Hit that they never even questioned… although I did want Bayonne as a single… but that’s a story for when we re-record Life is Elsewhere, when the re-record provision on that lapses in about 2 days time haha!!!!!!!!!

Hope this isn’t too rambly, hope you got to the end, hope I covered everything I wanted to, hope is just a state of mind.