Somebody did a podcast with me recently when I was asked about “the next prediction” of doom to emanate from a Little Comets song. After calling the UK riots in 2012 in The Isles (not really but let’s push it for dramatic effect), and then of course being responsible for predicting the shitstorm of the last 12 months in The Sneeze: we are obviously the prescient Geordie Nostradamuses for the 21st century. Whey aye man, watch oot for that iceberg ya dafty!

It did make me think back a bit… I mean, not only are we soothsayers of doom but are also basically the BBC Sound of Poll for the last 10 years – Hippocampus, Catfish, The 1975, Sam Fender – of course we alone can take the credit for all of these massively talented groups’ international successes, having all graced the stage with me, Mickey and of course Matt HAAAAAAAAA.

So yes, I would say that we are therefore clearly Simon Cowell-meets-oracle – what a thought. And what does all this mean?

Well 1. Next time we tour we can charge the support act to play (this actually happens – when we supported The Noisettes our old label PAID their label £500 a gig for the privilege…!) and 2. You should really listen to our new song TOTAL ABJECT PARANOIA and use it as the inspiration to build a vehicle to escape our planet. We’re calling it. The Earth years are over. Humanity is cooked. But we’ll still charge the support act next time we tour…

Despite that… I should probably talk about the song a bit, because even after the world as we know it has imploded (again), there may still be some intelligent being left to read this lyric blog… (although more likely a eugenics inspired despotic billionaire sitting in an underground cave revelling at the destruction)..

I don’t think that it is a rant in the same way that 3 Minute Faltz is, but it is definitely related to that song in a lyrical sense – the first is a list of problems for which it becomes clear there is no solution (wooo, upbeat lyrics – just what we need at the moment!!!), the second is from the viewpoint of acceptance, and almost becomes a sort of perverse romanticising about where we’ve arrived.

But look, the lyrics are really quite self-explanatory for this one – pretty sad in places and bleak but I think that (title aside) the soundscape saves it from being an absolute pit of desolation.

The demo for this (which we will hopefully release at some point, just for the context and so you can see more about our process) was patched together by me whilst Mickey was doing something else – lots of synths, backing vocals and a bit of guitar. I remember saying to Mickey that I really like the “Peter Gabriel effect” I’d put on the vocals (I say “put” but it was achieved by a process of basically getting a penguin to dance about on the keyboard to select the settings) – his response was typically withering “what effect? It just sounds shit” hahahaaaaaaaaa. Thanks.

Anyway despite that the demo was dreamy, synthy, and slightly removed from reality but I knew that it needed a bit more thrust in a percussive sense (we love a bit of percussive thrust…) – most of the lyrics were there so the only stress became moving it from the sketch book to the canvas…

Luckily I think Mickey pretty quickly realised the intention of the demo and filled in the gaps – it builds really nicely and I love the guitar parts he added. We recorded the bass and rhythm guitar together as well which I think sounds good and gives it a bit more vibe.

My favourite parts are the flourishes that came pre-vocal – the piano part in the middle 8 was just improvised so I didn’t have the fear of a “part” to learn and play – I think on the acoustic version you can see this fear in the middle 8 “aaarrgghh how do I play this”. I know we talk about it a lot but trying to replicated and learn bits of improvisation is a downfall for us in the studio, we need to record a better fidelity in the early stages in order to not have to do this.

And the second part that I love is the counter melody behind the second chorus (“on the cliffs…”). I don’t know why but I just feel that it is the true melodic voice of the words (if the words were a bird who could sing like a violin while flying this is how it would sound…) – this might sound crazy but it is almost animalistic – it conveys the emotion for me of the lyric. I think it is quite a hard concept to explain but I definitely feel that in this part of the song the synergy between that melody and lyric is perfect – again in a totally accidental, FELT way.

I read an article ages ago about a songwriter who only wrote hits… (imagine….) and he stated that he couldn’t understand why anyone would ever write a song that wasn’t intended to be a massive, successful hit. Other than being totally ignorant of any other intention or process for writing a song, it struck me that this was the opposite of my preset conditions for writing – in a song-writing and performance sense I live purely for the moments in which everything is irrelevant except for the pure feeling of the situation, regardless of consequence. I don’t often have these moments – in fact I can probably pinpoint them they are so infrequent – but in playing that melody I was totally inside the song and it was a pretty crazy feeling….

Hopefully it comes across, hopefully you like it, but if not, at least I got something out of it. 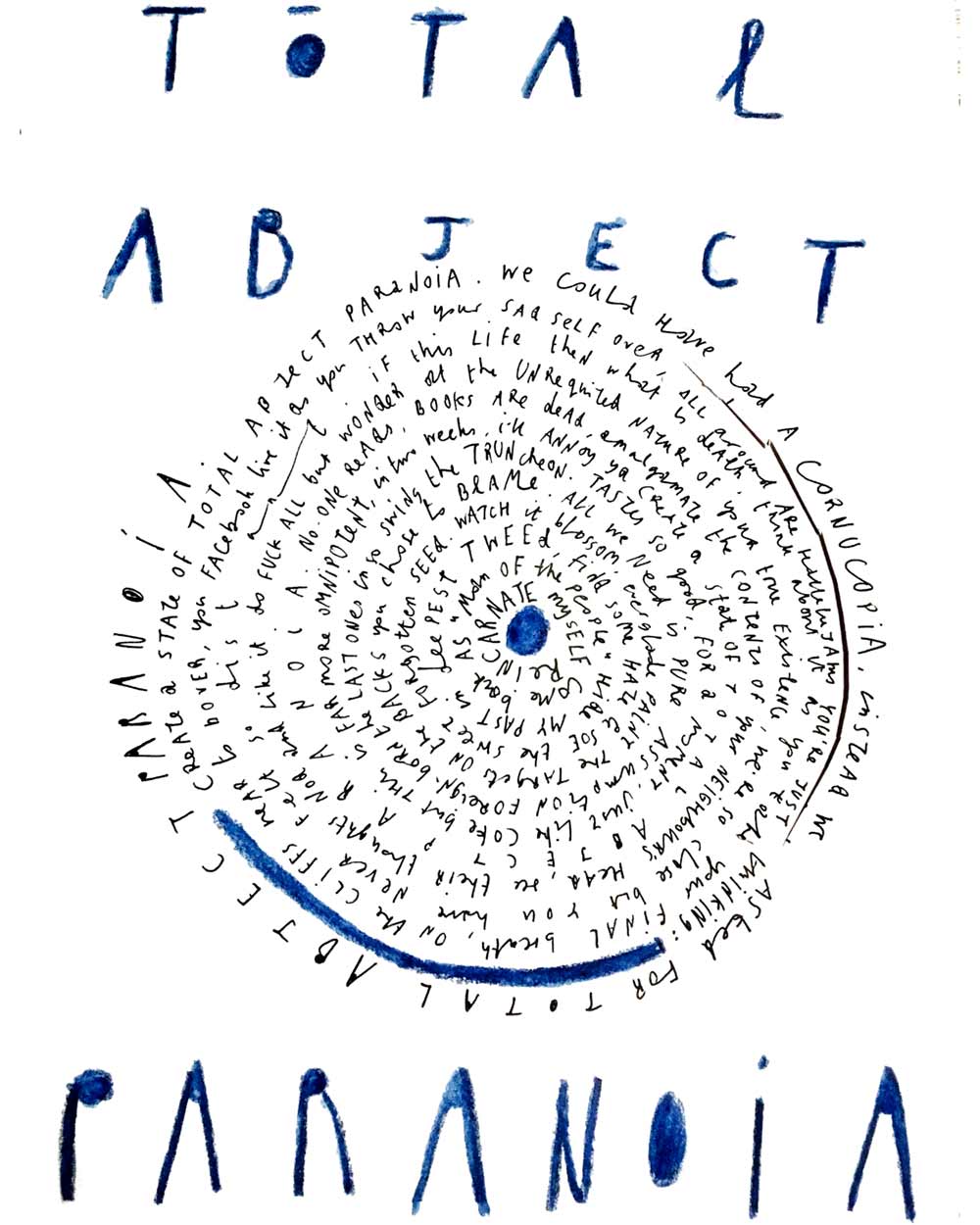